We provide transportation to Pampa Linda which is at the base of Mt. Tronador, the start for all the trekking trails of this towering mountain and its surroundings. This round trip service is offered daily during spring and summer. The go starts early in the morning from downtown Bariloche and takes about two hours. The return from Pampa Linda takes place in the afternoon. 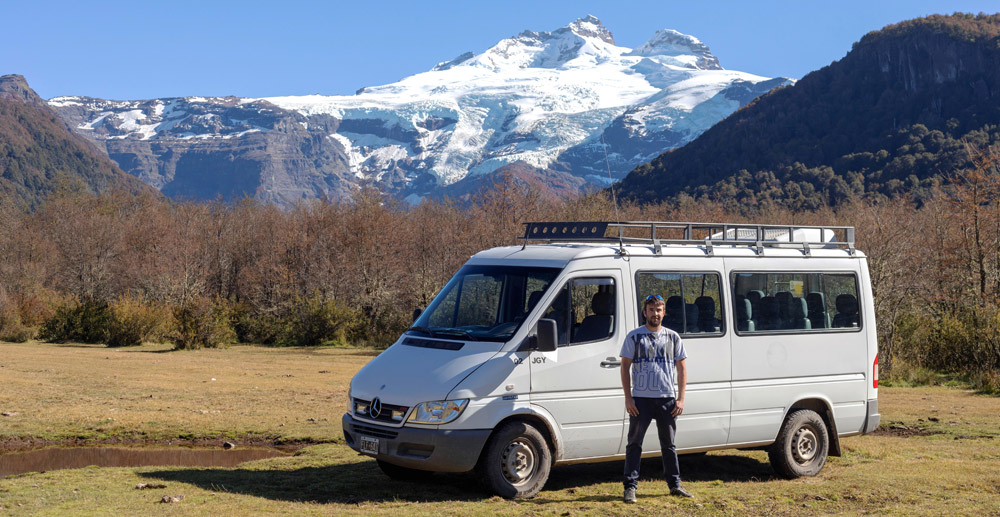 With your own vehicle

The distance from Bariloche to Pampa Linda is of 52 miles. To start there´s 22 miles on route number 40 to the south until Villa Mascardi, after which there is a detour to the right going off the tarmac. 1000 feet later one finds the National Park´s booth to pay the entrance fee (from 8 am). Going on for 6 miles on the dirt road there is another detour to the right at Manso river´s rapids, across the bridge. From that point there is an obligatory time schedule which is important to respect:

The first two thirds are in the forest, alternating trail and road, indicated with signs and yellow marks. The upper third is on rocky terrain, without trees, along the ridge between glaciers Castaño Overa and Alerce, and is indicated with white marks on the rocks until the refuge.

The first two miles are almost flat and all the time along a road until reaching the Castaño Overa river which is crossed by a pedestrian bridge. From there starts a moderate ascent alternating between road and indicated trail shortcuts. After three more miles and upon leaving behind the detour that takes to the bottom of the Castaño Overa valley, the slope angle increases a bit more. This next part is done on the road until a sign indicating ¨Inicio de Caracoles¨ where it goes back on the trail with switch-backs for a while. This is the steepest part of the trail where it is better to slow down the pace and always follow the indicated path, not taking any shortcuts, in order to avoid fatigue and ground erosion. The switch-backs end where the trail rejoins the road at a place called La Almohadilla, marked with signs. From there the ascent continues with a less steep angle and it is convenient to follow the road until its end at a place called Descanso de los Caballos, the beginning of the rocky part. Then the views become more spectacular and panoramic, and it is necessary to pay attention to the indications in order to stay on the trail which is traced along the best path. This last stretch could at any time of the season, but specially between October and December, be covered with snow partially or totally, in which case the itinerary is changed for safety and comfort, placing alternative markings. 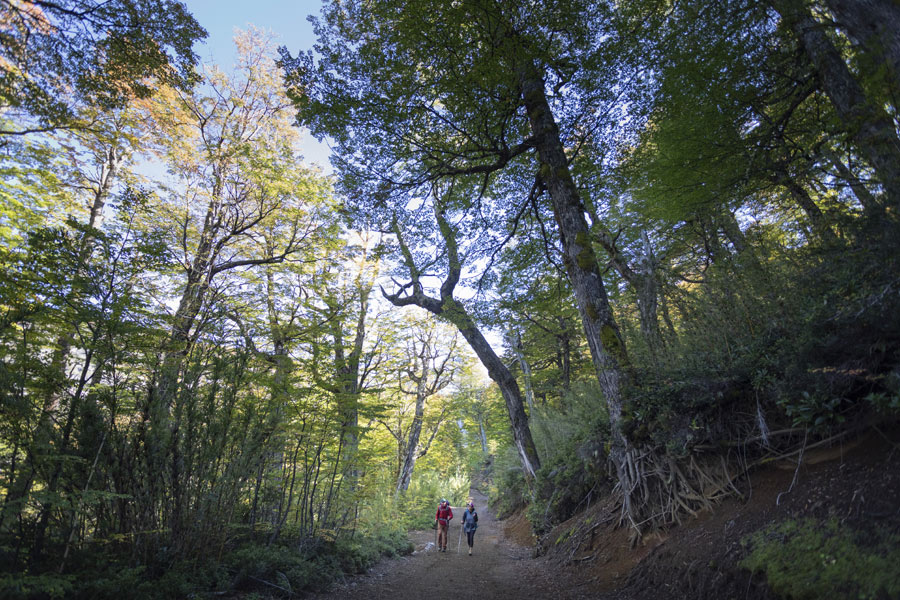 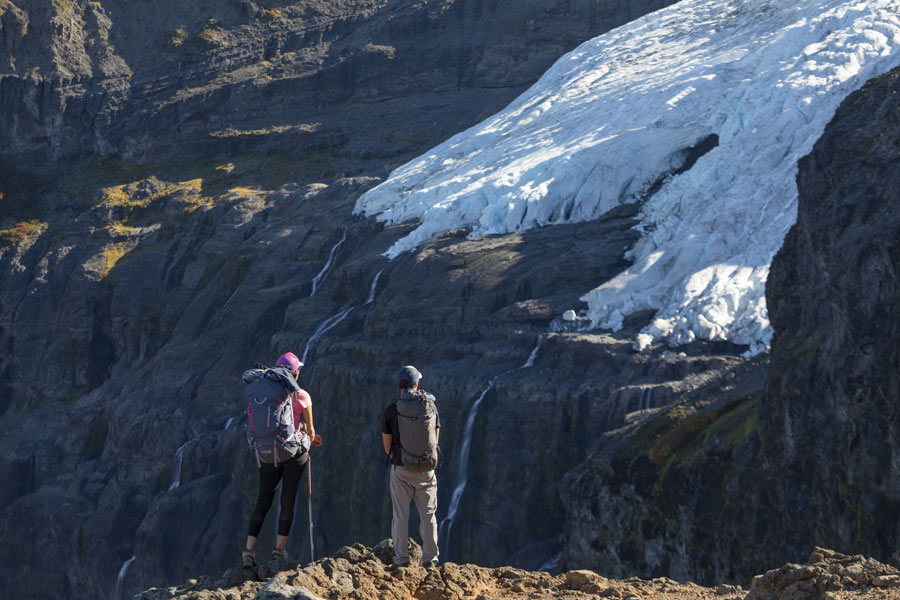 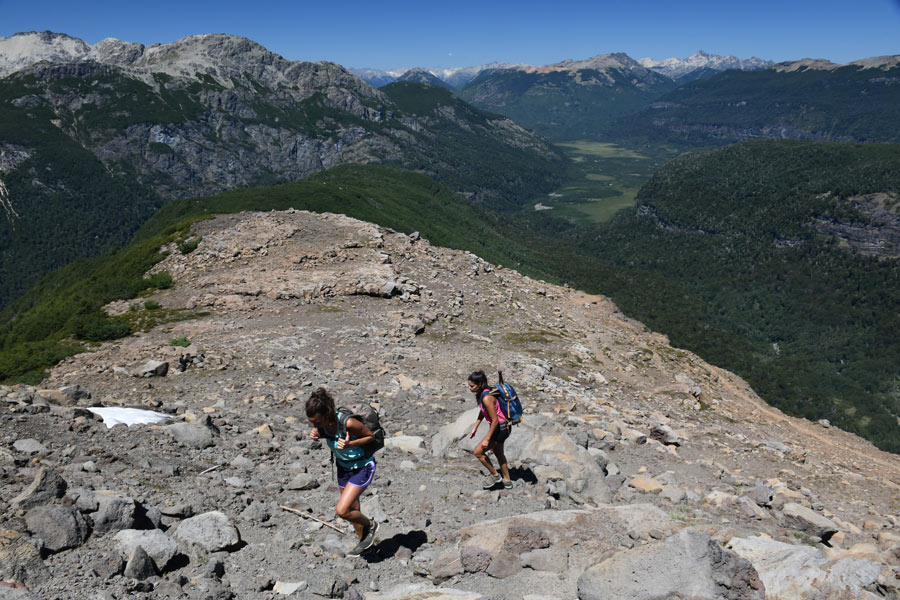